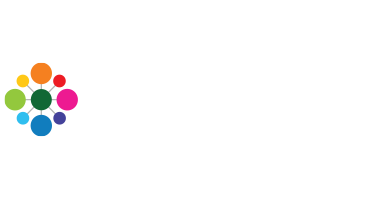 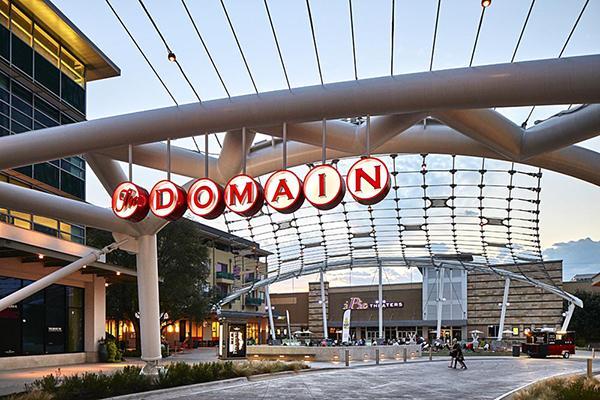 The success of The Domain is inspiring a landslide of mixed-use development projects across Austin suburbia. The Domain took the idea of Austin’s original open-air Arboretum model and added in an urban work-life-entertainment experience that has changed the landscape and expectations of North Austin. Its success has city councils’, developers and company headquarters taking a closer look at “suburban appeal” for their multi-million- and billion-dollar mixed-use projects.

Suburban Appeal for Mixed-Use Developments: It is no wonder the suburbs of Austin are looking to replicate The Domain’s success. Suburban areas give future businesses and residents:
1. Captive talent pool – The suburbs are a hot bed for job talent. Cedar Park and the Austin North Corridor has the 2nd-fastest growing workforce in the USA
2. Affordability – MarketWatch.com named Cedar Park the 3rd Most Affordable City in Texas – and is the only city in Central Texas to be included in their Top 5 list.
3. Urban lifestyle in smaller communities – Residents have a desirable work, live, play and stay environment that has a downtown-feel without the downfalls of being downtown. According to Strongtowns.org, traditional urbanism does not imply high rise buildings, a ton of traffic and chaos. It just requires a traditional development pattern: pedestrian-oriented, human-scaled, compact, and mixed-use.
4. Escape from the growing Austin traffic and infrastructure issues –Residents will not have to travel far to work, which can help reduce the Austin traffic and is better for the environment. Austin recently ranked #1 in traffic congestion in Texas, #14 in the U.S. and #180 globally. In fact, Austinites spend an average of 25% more time stuck in traffic than other drivers.
5. Increase employee productivity – One of the success factors of suburban mixed-use development is the workforce’s proximity. The live-where-you-work lifestyle brings increased productivity from employees.
6. Captive retail customer – Retailers have a built-in, captive retail audience from the community dwellers and business and entertainment venue visitors.The Domain has given Austin a differentiated design and experience for mixed-use communities that other suburban areas are looking to not only replicate, but also make their own. Many of the new planned developments are staying true to Austin’s uniqueness with their own take on the Austin local-urban experience. 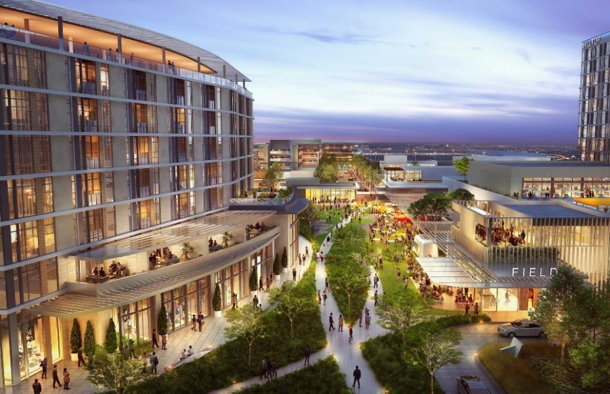 Indigo Ridge’s design is inspired by the area’s natural limestone formations, while paying homage to the farming/ranching lifestyles of immigrant families who settled the area, including the original family of landowners, the Borho’s. Indigo Ridge is looking to counter traditional prevailing suburban cookie cutter developments with distinct and walkable network of streets and green pedestrian paths that will tie together blocks of offices, multi-family residences, sports facilities, and a retail/entertainment district. Indigo Ridge plans to do this while also paying homage to the Borho’s with one of the eight neighborhoods being Borho Street.

• Located a few miles to the east of Cedar Park’s downtown core at the intersection of Whitestone Boulevard and County Road 175.
• 155-acre Mixed Use Development
• $1.5 Billion Project
• +5 Million SF of Office Retail, Residential, Hotel & Entertainment
• Home to U.S. Tennis Association Texas (USTA) to include five-story sports performance center. USTA’s facilities will also include 40 tennis courts, a stadium court and other amenities.
• Expected to bring $138.82 million of net new revenue to the city over a 20-year period, potentially taking pressure off property taxes for residents.
• On March 14,2019 the Cedar Park City Council approved a memorandum of understanding for the 155-acre Indigo Ridge project. 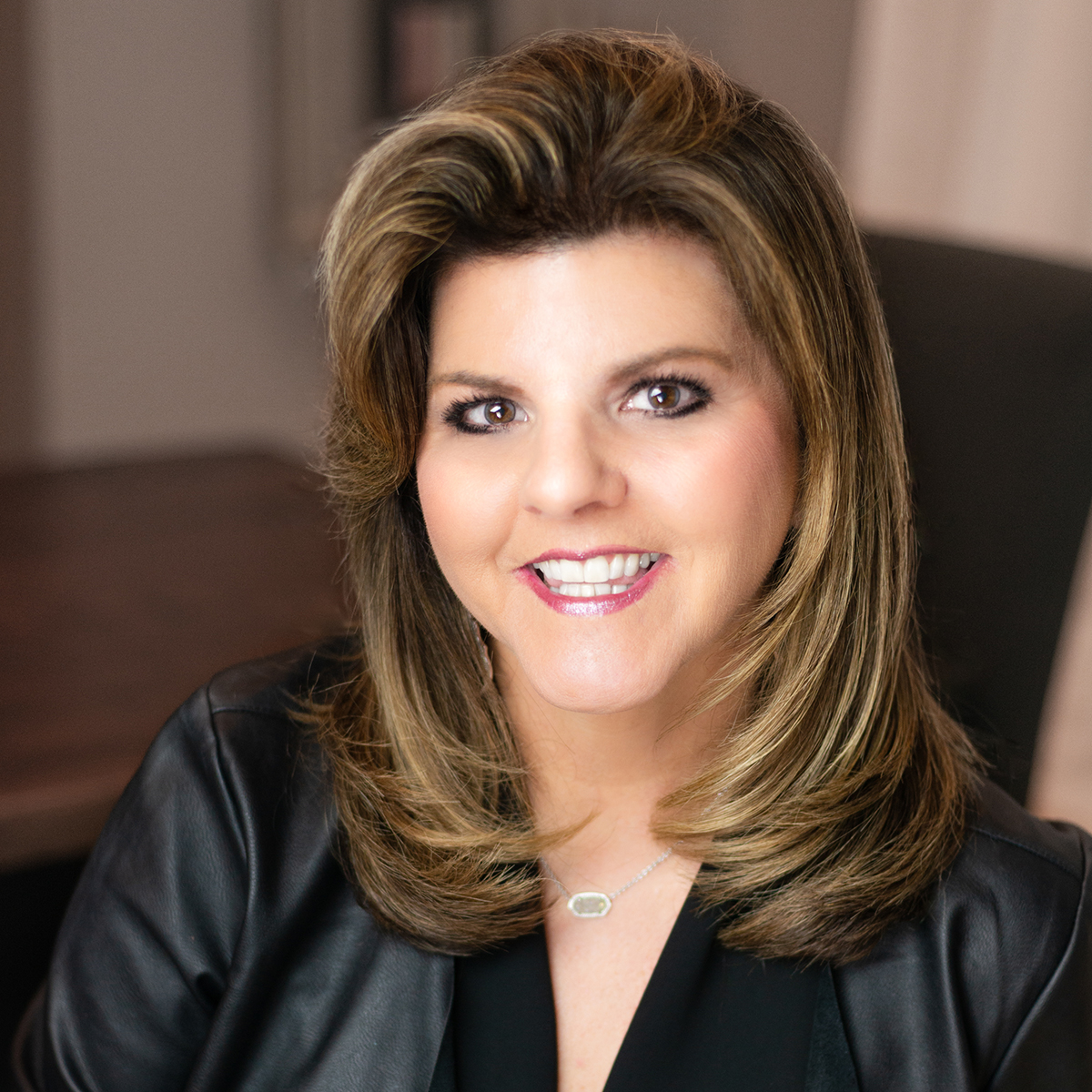 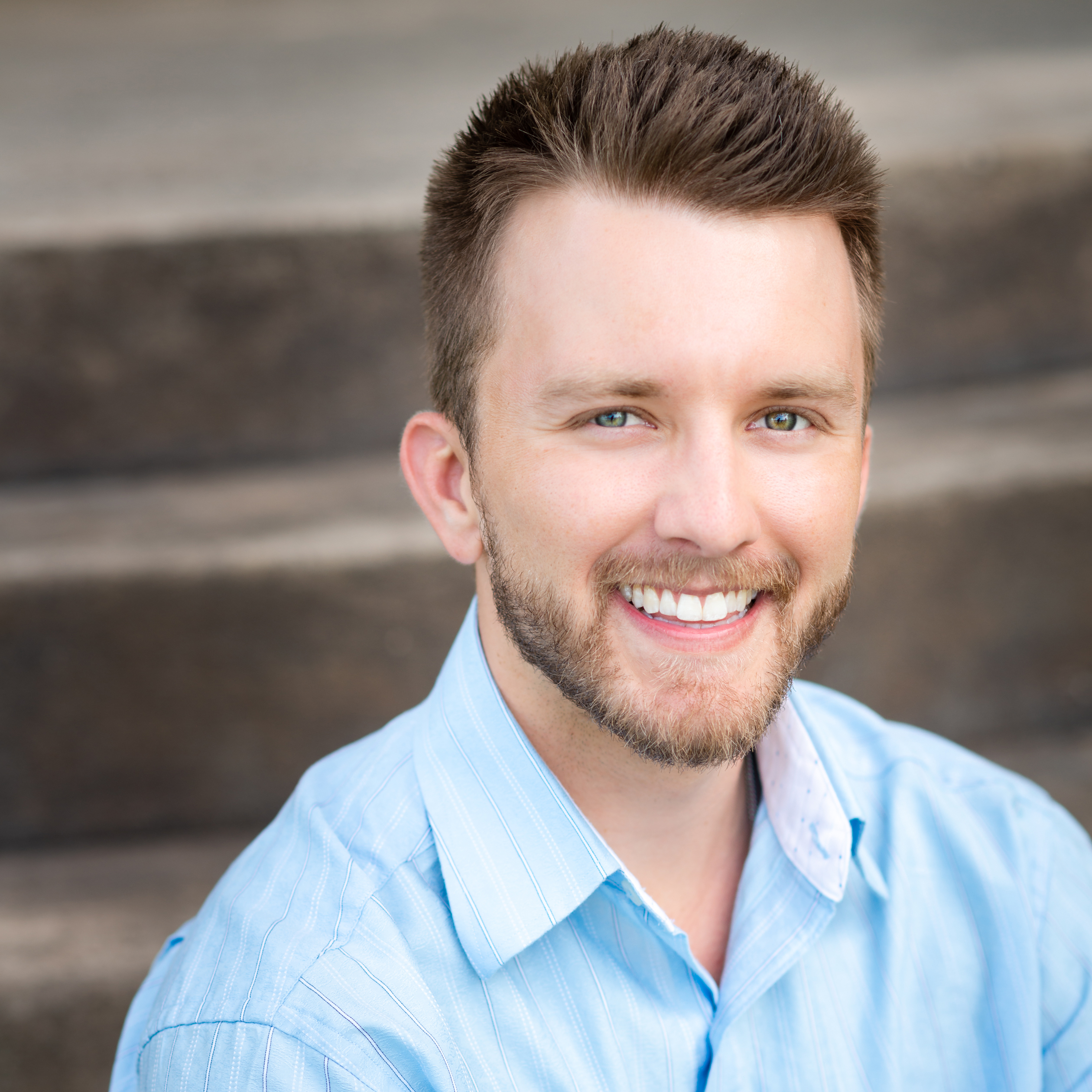 Introducing our newest challenge. We'll be the instrumental strategists to finding exactly what you want! To find the best, seek no more. We're here to give you a 'Dreamlike' experience. Sign Up to start your Dream Search today! 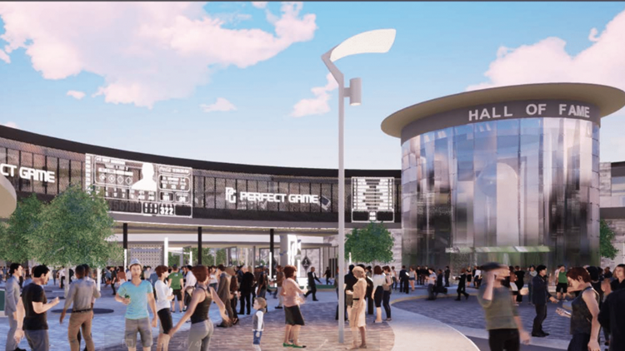 Perfect Game will be moving their headquarters from Cedar Rapids, IA to Hutto, TX. The project—a partnership between Perfect Game, developer Wolverine Interests, Sports Facility Advisory and Sports Facilities Management and the City of Hutto—will bring $800 million in private investment. The public-private partnership is set to transform the City of Hutto into one of the top scouting destinations in the U.S. The city plans to leverage a tax increment reinvestment zone to improve Hutto’s infrastructure.
‍
• Located next to Fritz Park at U.S. Highway 79 and County Road 132.
• $800 Million Project
• Indoor Sports & Events Center
• Seats 13,000
• 24 baseball fields
• Convention Hotel – sports venue and hotel combined demand for more than 150,000 hotel room nights annually
• Single largest economic development in history of Hutto
• Perfect Game, Nation’s flagship baseball scouting organization, has signed a 30-year lease with the city of Hutto. The new venue in Hutto will join the largest collection of sports tourism destinations in America and will be a great draw for tens of thousands of overnight stays annually and create a great Central Texas attraction.
• According to the Austin Business Journal, the development is expected to generate $5.1 million in property taxes and $1.5 million in sales taxes annually. The city will create a tax increment reinvestment zone so that 60 percent of the property taxes can be reinvested into infrastructure work such as building fields, roads, utilities and garages.
• Perfect Game aims to finish all fields by Memorial Day weekend in 2021 and Wolverine Interests expects to have the first residential project completed by that time as well. 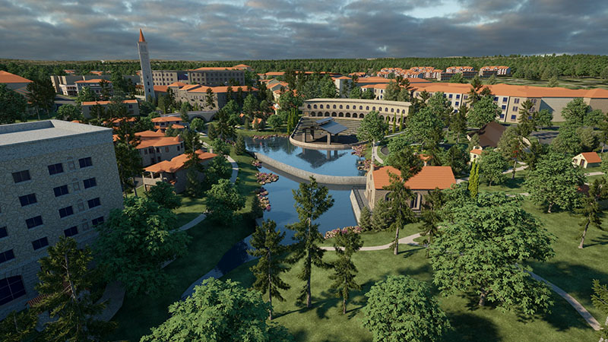 The Wolf Lakes Village design consultant has a unique development strategy called Neo-retroism, which means the recreation of old-world village characteristics in a new world development environment. Landowner and developer Wolf Lakes LP wants to create a place for people to live and work, modeled after a classic Italian village. The stone on the streets, the central plaza, the arched bridges and a thousand other special historical touches will transport people to another place and time and make them feel like they are somewhere else they want to be. According to the Austin Business Journa it’s also significant for Georgetown as a potential corporate magnet in what has been traditionally known as a bedroom community.

• Located near I-35 and State Highway 29
• $978 Million Project
• 5.3 ‍Million SF
• 164-acre Project
• 2,400 Residential Units
• According to Community Impact, the multifamily housing was anticipated to start in 2019 with retail, commercial and office development to follow. 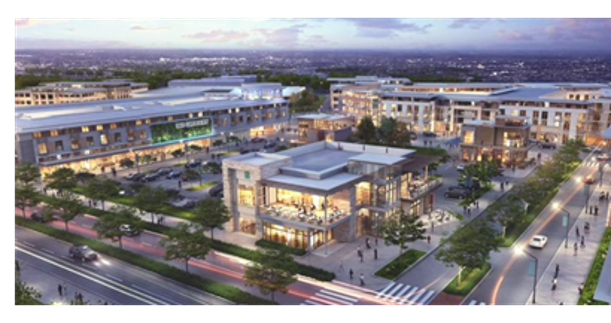 California-based development firm Mark IV is investing in Round Rock’s first multi-use development, The District, to attract tech headquarters looking to recruit millennials – providing an affordable alternative to downtown Austin and The Domain.

• Located off I-45 and Greenlawn Blvd.
• $200 Million Project
• 65-acre Project
• 1 Million SF of Class A Office Space
• 900 Residential Units
• Expected to bring $1.5M in annual tax revenue, and 5,000 jobs.
• According to Community Impact, the groundbreaking was to originally set for 2019, but the development is still is in the planning phase. 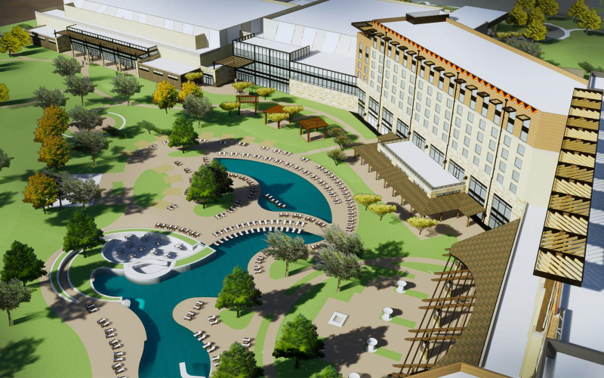 Kalahari Resort, a new African-themed waterpark and convention center currently under construction, will be a vacation destination for Round Rock, as well as families and convention guests from across the state and across the country. According KSAT.com new renderings show it will be “America’s largest indoor waterpark”. Kalahari Resorts LLC also operates resorts and water park locations in Wisconsin, Ohio and Pennsylvania. 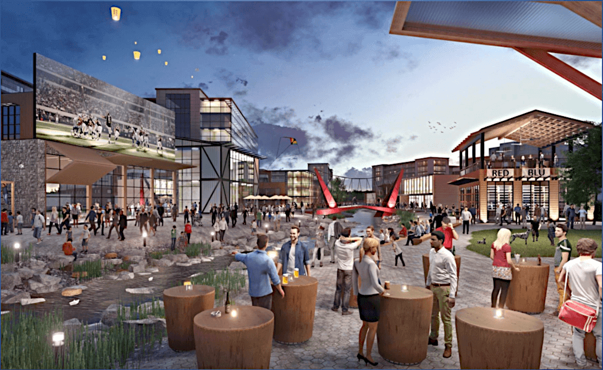 • Located on 120 acres straddling Highway 130. The larger of Northpointe’s two tracts is 81.2 acres at the northeast corner of Pflugerville Parkway and FM 685, while the other is 38.1 acres on the east side of SH 130 south of Hendrickson High School.
• 120-acre Domain-like Project
• Mixed-Use DevelopmentUp to 4,000 Residential Units
• According to KVUE, the developer says its plans to break ground in 2020, but before it does that, it still has a few hurdles to clear. The developers hope to have the public improvement district and tax increment reinvestment zone provisions for the project finalized January 2020.

Keeping it unique to Kyle, its history and honoring veterans and first responders who so bravely serve the country and community, Uptown Kyle will include Heroes Memorial Park. The memorial is the first project expected to open on September 11, 2021.

• Located off Kohlers Crossing and FM 1626
• Mixed Use Residential & Commercial DevelopmentHotel Convention Center, Class A Office Spaces, Soccer Complex and dozens of Retail Stores and Restaurants.
• Using Domain’s phase II designer
• Council members approved the start on three-related projects January 21st, including a new police headquarters, and two parks: Central Park and Heroes Memorial Park. These are now in the design and budget process.
• The City of Kyle has received donated land for the police headquarters, Heroes Memorial Park, Central Park, office complex and the hotel convention center.
• According to KXAN, Mayor Travis Mitchell estimates Heroes Memorial to cost about four to five million dollars. They may also use $2.7 million-dollar settlement from Permian Pipeline company Kinder Morgan. The city also received a $1.5 million-dollar donation from TDS. Any leftover costs for the memorial might go into a bond proposal for the new police headquarters, which is expected to cost about $30 million.
• Most of these developments are in the development phase, but when completed each will help increase jobs, keep suburban areas attractive to homebuyers/workforce, continue to increase businesses starting and relocating to Austin, as well as will increase Austin tourism. All of which will stimulate Austin’s economy.